Who am I, and what is this blog about?

As evidenced by the picture below, I was surrounded by politics from an early age.  Growing up, my father was a county legislator in upstate NY for the Democratic Party.  In fact, the first “celebrity” I ever met

was Jon Jackson, son of Jesse Jackson.  Visits with relatives usually involved political discussions that I always listened to, but never really comprehended.  I didn’t really care that much about politics or social issues back then — in fact, when a local reporter once asked my sister and me if we wanted to follow in our dad’s footsteps, I said that I wanted to be a pro-wrestler instead…

As I grew older, I began learning and caring more about the goings on of the world.  I was a senior in high school during the 2000 Presidential Election, and the Gore / Bush debate was the first I had ever watched.  Though I was about a month shy of being able to vote in that election, for the first time I saw why politics mattered, and why it was important to pay attention to policy and social issues.

In college I was a member a themed residence house (called Symposium) that was based around hosting weekly “intellectual discussions” with members of the campus and community.  Though I was obtaining my bachelors in Computer and Electrical Engineering, I traveled to Australia for an anthropology semester abroad in my junior year.  It was an absolutely incredible experience – not only because Australia is a beautiful and unique country, but also because I was able to learn from people who were so different from me, and have amazingly unique experiences that shaped the course of the rest of my life… 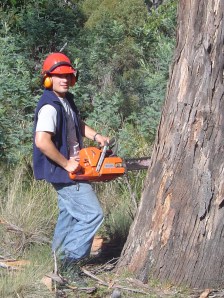 My research project in Australia was about Sustainable Development and environmental conservation.  I focused on the community interactions over usage rights of the Little Swanport River in Swansea, Tasmania.  The river begins near inland farms, and flows through my host family’s wilderness preserve on its way to the Tasman Sea.  To get a holistic view, I spent time on the wilderness preserve (left – don’t worry, I didn’t actually cut down that tree), and I worked for a few days on the oyster farm that exists where the fresh water meets the ocean.  I didn’t get to spend time on any of the farms, but I attended a meeting that included their representation.  In hindsight, it was a fantastic learning experience for looking at issues from multiple angles; approaching a solution from only one perspective could have had disastrous effects for the other parties involved.

Since college I have become a news junkie obsessed with learning as much as I can about the world.  I love getting news and information from as many sources as I can – local, national, and international – print, TV, internet, documentaries, radio, and pretty much whatever else I can get my hands on.

Over the past several years of engaging in sociopolitical discussions, I’ve noticed that all too often many people are more concerned with quickness – who is the first to break a story, tweet or comment (“FIRST!!!!”), or to express an opinion – than with truly understanding what is actually going on. But there are so many issues in the world that warrant deeper understanding than a passing comment or a slogan that would fit on a bumper sticker (or within a tweet).

I try to learn from as many sources as I can, and I often find myself making connections between topics that others have seemingly missed… or perhaps just don’t care about. What I would love this blog to be, is a space where I might not be the first to comment on a topic, but where I am able to provide the reader with a more thoughtful analysis, or different perspective, than they have been presented before.  Or perhaps just share an article, video, etc. that I think is worth paying attention to.  The phrase “wait, I see something” seemed to fit – plus, I like its origin…

What’s in a name?

“Wait, I see something” is how Koyukon Native Americans begin traditional riddles that describe things in the natural world.  It is similar to the game of “I Spy,” but more metaphorical.  Here’s an example: “Wait, I see something.  I drag my shovel along the trail.”  What could be described like this in the natural world?  The answer: a beaver with its flat, broad tail.

I learned of the phrase from my friend and former professor, Dr. Richard “Nels” Nelson (right).  An anthropologist, naturalist, and author, Nels has spent the majority of his life studying the people and the natural environment of the Alaskan wilderness.  He is also one of the inspirations for this blog, which is based on my philosophy that one should always strive to understand topics holistically – never to approach it myopically from only one point of view. (photo credit: EncountersNorth.org)

In a wonderful summary of this philosophy, Nels once quoted famed naturalist John Muir (from the book My First Summer in the Sierra) on his radio show, Encounters: “When we try to pick out anything by itself, we find it hitched to everything else in the universe.”

I hope you will stay tuned for my upcoming entries (coming soon), which will hopefully be way more interesting than this intro was!! 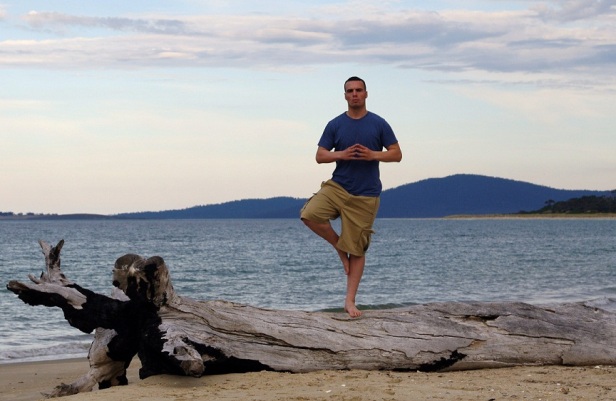 One thought on “Intro”